Skip to content
I’ll be honest.  I’m a born and bred Southern girl, and never had I heard of putting chili on spaghetti.  You put spaghetti sauce on spaghetti.  Or, if you are feeling fancy, maybe some white sauce, but not chili.  So, when Biz from started talking about ‘‘, I was intrigued.  When she said, chili with no beans, I was sold.  I wanted to give her Cincinnati Chili a try.  And yes, Biz, I went and put green onions all over it 😉

adapted from  and
To serve – Can be served over spaghetti, with toppings of choice.
According to ‘‘….
“Cincinnati chili lovers order their chili by number. Two, Three, Four, or Five Way.”

Verdict? This was delicious.  A little different than what I am used to, but delicious all the same.  This is why I love reading food blogs! You learn so much about how others view food, what their traditions are, and about how different regions have their own ‘specialties’. I don’t think about foods varying very much just from state to state, but they do.  Plus, I wasn’t exposed to much more than meat and potatoes growing up! I guess Eastern NC is known for their BBQ (pork, of course).  Not sure what else?!
What foods are most popular where you live?  Feel free to leave links, recipes, etc!
I’m linking up today with , , , , , , , , , , , , , , , , ., ,

That’s just a big pile of comfort food right there!  The great thing is, the beef tips were prepared in the crock-pot.  Just throw everything in and forget about it!  My favorite way to prepare dinner 😉  The other great thing is they were flavorful, tender, and were approved by 2 out 3 picky children.  (and we all know Mr. Three’s vote doesn’t count since he will only eat about 4 things in the universe.)
Speaking of 4 things, that’s all the ingredients you need to make this!

2 pounds lean chuck – cut in 1-2 inch pieces (I used beef stew meat in pic) 1 can 98% fat free cream of mushroom soup 1 pkg. onion soup mix 1 can Diet Sprite or 7up *or Sierra Mist
*You could also add any veggies you want.
Put meat in crock pot. Pour soup & onion soup mix over meat. Add Diet Sprite/7up/Sierra Mist. Cook in crock pot all day on low (or high for at least 4 hours). Turn off and let sit for 30 minutes before serving. {If you want thicker gravy, you could remove meat, place gravy in a skillet with a little cornstarch and heat until thickened. I didn’t do this.)
I served the beef tips with mashed potatoes (instant…they were not good!) and cornbread…which was delish, and some not-pictured green beans, canned (I was in a hurry that night!).
I’m linking up at , , , , , , , , , , , , , , , ,  , ;

Yes, it’s actually a post about MEAT! It’s not something I’m very proficient at cooking, and mainly we eat some form of chicken…but since I have learned how simple it is to make , I think we will be having it more often.

This is a leaner cut of beef, and can be very tough and tasteless if not cooked properly.  However, it is super simple to make a great meal with it, and it’s FAST – so it’s easy to do on a week night.
I use this…. 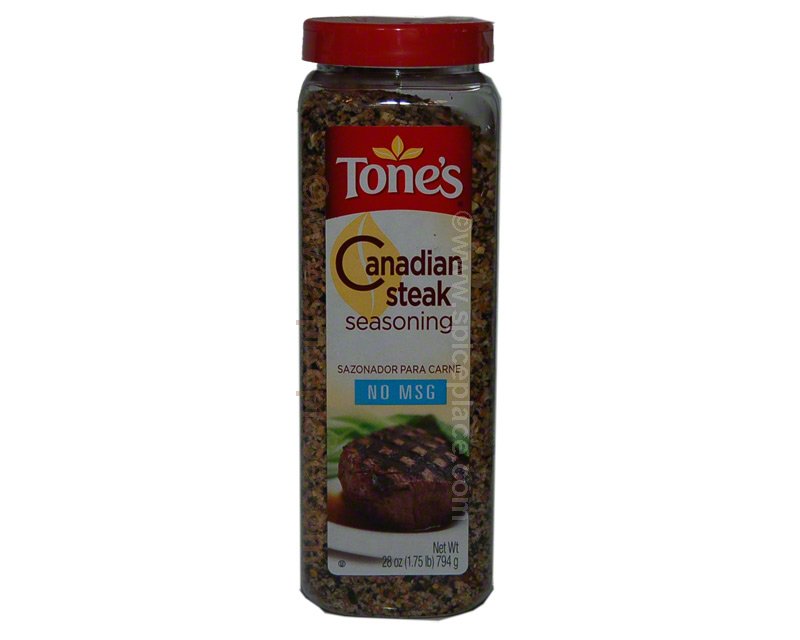 and following the directions on the bottle, I marinate the london broil in a gallon size baggie or a casserole dish.  (All you need is the seasoning mix, water, oil and vinegar. I use olive oil and red wine vinegar.) Usually I will do this in the morning and leave it in the fridge all day until I’m ready to cook it.  It can also be done the night before.
When ready to cook it – just place on a pan (I use a cookie sheet/baking pan with sides to it) and place under the broiler on high for 7-10 minutes.  Flip meat, and broil on the other side for 5-10 minutes.  The time varies on the thickness of your meat and how rare you like it.  I think I usually have about a 2 pound steak and cook for abt 10 mins on one side and a little less on the other, so that I have it pink, but not bloody in the middle, and more well done on the ends (for the kids – they don’t like to see pink meat!)
kid’s plate – more well-done
my plate – medium
After broiling meat (which I usually don’t care for, but this is good and flavorful), let it rest for a few minutes so all the juices don’t ooze all out when you cut into it.
This is great plain (we had whole wheat cous cous, salad, and homemade bread – recipe to come!), but it also makes an awesome steak sandwich or salad topping, which is often what I do with leftovers.
So there you go….a quick, easy, fairly inexpensive meal, but very tasty!  (I buy my meat from Sam’s Club and very rarely tenderize my london broil. However, a lot of recipes recommend doing that to prevent toughness, since it is a lean piece of meat.  Use a meat mallot or rolling pin to pound your steak – I was going to say ‘beat your meat’, but that just makes me giggle b/c I have the mind set of an adolescent boy.)
The best part of this meal, other than being easy and delicious, is that my kids will eat it! (Except for Mr. Three….who, as you know, hates almost any “real” food)
Don’t forget to enter my giveaway going on right now for Cheerios! (Something my son will actually eat!)
I’m linking up today with , , , ,